If it isn’t already really obvious, I’m just a little behind on my second Sweet Saturdays post.

*proceeds to hit head on desk*

Life has seriously gotten away from me lately, which I will explain about in an upcoming post about my birthday and the upcoming holidays.

But, finally, I am making time to sit down and write! I’ve missed it a lot, and it feels great to get back to it :D

I just hope I haven’t lost too many of you in the process… but, if I have maybe I can win some of you back today! *crosses fingers*

So, yesterday was exciting in a… mixture of sarcasm and not-sarcasm.

New phrase? Sure, I’ll roll with it.

So, my day began in the sarcastic-exciting way.

I had a dentist appointment at 10AM.

I got there a few minutes before 10, signed some electronic paperwork since this was my first time to this office (seriously, ONLINE PAPERWORK. My mind was blown.) and sat down to wait for someone to call me back for x-rays.

These blasted things are one of the banes of my dental appointments.

Hopefully you all know what I’m referring to, but if not, let me fill you in…

You sit in the x-ray cubical thingy with a giant, fugly, heavy chest armor piece thing on you.

The x-ray technician then proceeds to take pointy, sharp pieces of dental x-ray film and stick them in your mouth at the angle they need for the x-ray, and tell you to bite down.

Sometimes this is no big deal, but other times… other times you HAVE to bite down, while the corners are jamming into the sensitive parts of your mouth.

Your mouth feels painfully violated by this foreign object, but all you can do is endure the pain until the x-ray technician finishes and removes the film from your mouth.

Then rinse and repeat until all of the x-rays are done.

After that, you sit in the dental recliner-chairs, and wait for the Dentist. That is unless the x-ray technician needs you to REDO the painful x-rays because they missed something.

Well, this is what I thought I would have to endure… and let me tell you, I was NOT looking forward to it.

So, after standing for a whole jaw x-ray by a machine that attempts to make you feel off balance and fall on your butt as it spins around your head, I sat down in the chair and got to wear the always fashionable x-ray chest armor protector thing.

Then something different happened.

The x-ray technician took a small rectangular camera, put it in some latex, and put it in my mouth telling me to bite.

I was in awe. I was in shock. I was confused as all get out.

So, after she took the camera out and was getting ready to re-angle it for another shot, I asked her what that thing was.

She explained that they did everything electronically at that office, so the days of the violating, pain inflicting x-ray film were gone.

I felt like I had secretly driven through a time warp into the future.

But then I remembered that in the future people would travel by flying cars (like in the Jetsons!), and the cars parked outside of the dental office clearly could not fly.

I was sad. Until my mouth interrupted my despair, reminding me why I should be happy!

I got to see the x-rays show up on the computer screen right in front of me, so if she missed something she could fix it right then and there.

If this is the beginning of the future, I think the future and I are going to get along very well.

After my x-rays were finished, I met my new dentist.

He brought up my x-rays on another computer screen near my dental recliner-chair, so he could look at them with me. He drew on some of them with an electronic crayon, to show me things, and once again I felt like I MUST be in the future. Why else would this dentist office have things like this??

Then I had a lovely DEEP CLEANING.

I use the word “lovely” very loosely here, btw.

This was the other part I eluded to earlier that I despise about dentists.

The hygienist (sounds important huh? “So what do you do for work?” “Oh, I’m a Hygienist. I save people’s lives by keeping them clean. No big deal.”) poked my gums repeatedly to test for gum disease.

The only “future-y” thing involved in this mini-torture session was that she told the computer what numbers the depth of my gums were and it recorded it.

It even recorded it when she said I was bleeding. Awesome.

As she cleaned my teeth though, the thing that sucks the saliva out of your mouth hurt me when it got near a tooth in the upper right-side of my jaw.

It hurt a LOT.

She had to use a numbing gel on my gums/teeth just to finish.

After she finished, I talked to the dentist about the sensitivity, and it turns out, I need a root canal.

Yeah, you read that right.

After taking forever with billing arrangements (the root canal/crown costs nearly $1300, and that’s with insurance!), I was finally able to leave the torture office of the future.

I think we might have had a little TOO much fun at the study group :P

I drove to my best friend’s house in my non-flying car, now 2 hours late for a study group for a quiz on the genus Homo for our Physical Anthropology class, and hung out with her for the rest of the afternoon/evening.

We went out for my first ever sushi dinner, which I really enjoyed.

(The above information is really shocking if you know me at all.)

She even plucked my eyebrows for me, which is it’s own form of mini-torture.

Then I came home because I realized I hadn’t been home in nearly 12 hours and my dad wasn’t going to be home anytime soon either, and my poor 13 year old dog-dog with her old lady bladder must be dying to pee her doggy brains out.

So, after rescuing my dog from her bladder, studying for a super fun quiz, and surviving a trip to the future for a torture session at the dentist, I decided I had a lovely question to solve.

How best to ruin your deep cleaning from the dentist?

But not just any cupcakes. Ultimate cupcakes.

Ultimate VANILLA cupcakes to be exact.

These cupcakes are from the lovely Stef at Cupcake Project.

A while back she realized she had made a ton of unique cupcakes, but had failed to perfect the basic cupcake flavors. So she embarked on a mission to find the Ultimate Vanilla Cupcake.

So in July, she requested that her readers signup to become Cupcake Explorers. She chose 50 of us to test out her different vanilla cupcake recipes and send her feedback about it.

I was one of the lucky 50 to be picked to help her out!

It took us 3 rounds, but finally we found it.

We found the Ultimate Vanilla Cupcake!!

This cupcake really lives up to it’s name. It has a vanilla bean and 1 tbsp (yes, a whole tablespoon) of vanilla extract in it.

They are light and moist, and rich in vanilla flavor. So if you are a vanilla lover, you really need to try these out for yourselves.

My comment about these cupcakes even made it as the caption for the above photograph! “This is it, Stef!! This really, really is the ULTIMATE Vanilla Cupcake!!! I can’t believe we finally found it, but I know in my cupcake-loving heart that we did. I will honestly be dumbstruck if this cupcake isn’t the ultimate because I can’t imagine a more perfect vanilla cupcake.”

Stef has been so kind as to allow the Cupcake Explorers to share her recipe for this amazing cupcake on our blogs, so without further ado, here is the recipe. Enjoy everyone!

1. Preheat oven to 350 degrees F.
2. In a small bowl, combine sugar and seeds from the vanilla bean. (For those of you who are new to using vanilla beans, check out this video to learn how to get the seeds out of the bean.)
3. Using the back of a spoon, move around the bowl and apply pressure to break up any clumps of seeds and to better infuse the vanilla flavor into the sugar. Set aside.
4. In a medium-sized mixing bowl or bowl of a stand mixer, mix together cake flour, baking powder, baking soda, and salt.
5. Add the vanilla bean sugar and mix until well combined.
6. Add butter and mix on medium-low speed for three minutes.  Because there is so little butter, you’ll end up with a very fine crumb texture.
7. In a small mixing bowl, whisk together eggs, sour cream, oil, and vanilla extract until smooth.
8. Add the egg mixture to the flour mixture and beat on medium speed until just combined.
9. Slowly add milk and mix on low speed until just combined.  The batter will be liquid.  (Don’t worry, you didn’t do anything wrong.  It’s supposed to be that way.)
10. Fill cupcake liners just over 1/2 full.
11. Bake for 14 minutes and then test to see if they are done. They are done when a toothpick comes out without wet batter stuck to it.  The cupcakes should appear white with specks of vanilla bean. They should not turn a golden brown.  If they are not done, test again in two minutes.  If they are still not done, test again in another two minutes.
12. When the cupcakes are done, remove them immediately from the tins and leave them on a cooling rack (or just on your counter if you don’t own a cooling rack) to cool.

Everything you will need for this recipe.

Take your vanilla bean and slice it down the middle. Then scrape the seeds into out of each side into the bowl of sugar.

Using the back of a spoon, move around the bowl and apply pressure to break up any clumps of seeds and to better infuse the vanilla flavor into the sugar. Set aside.

In a medium-sized mixing bowl or bowl of a stand mixer, mix together cake flour, baking powder, baking soda, and salt.

Add the vanilla bean sugar and mix until well combined.

Add butter and mix on medium-low speed for three minutes. Because there is so little butter, you’ll end up with a very fine crumb texture.

In a small mixing bowl, whisk together eggs, sour cream, oil, and vanilla extract until smooth.

Add the egg mixture to the flour mixture and beat on medium speed until just combined.

Slowly add milk and mix on low speed until just combined. The batter will be liquid. (Don’t worry, you didn’t do anything wrong. It’s supposed to be that way.)

Fill cupcake liners just over 1/2 full (I ended up filling mine just a little on accident, so I had more cupcakes then the recipe typically yields).

When the cupcakes are done, remove them immediately from the tins and leave them on a cooling rack (or just on your counter if you don’t own a cooling rack) to cool.

You can find both the Vanilla Bean Buttercream frosting and the Chocolate Cream Cheese frosting at Cupcake Project. They are in Stef’s Top 10 Favorite Frostings, and let me tell you, these frostings will make it into your Top 10 too!

Tell me what you think! I'd love to know =) Cancel reply

A little about Kate

Heart and Harp Strings is a blog about my everyday adventures and figuring out this crazy thing called life. Welcome to my little piece of the interwebs, I hope you stay for a while! 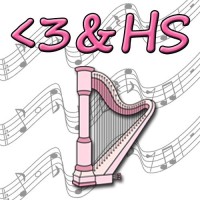 Heart and Harp Strings on FB

Heart and Harp Strings on FB

Heart and Harp Strings is licensed under a Creative Commons Attribution-NonCommercial-NoDerivs 3.0 Unported License.